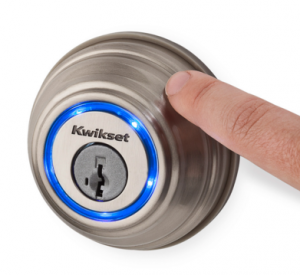 Kwikset is a global leader in lock technology. It is well known for providing security and peace of mind with its high-quality door locks and door hardware. The Journey of Kwikset began over 60 years ago when Adolf Schoepe and Karl Rhinehart designed a tubular lock named Kwikset to emphasize its speedy installation in 1946. In 1948, a state-of-the-art manufacturing plant was built to cater for post-war housing needs for dependable and easy to install lockset. In 1957, the company became a subsidiary of American Hardware Corporation (AHC) of New Britain. It was also in 1957 when it was recognized as number one manufacturer of residential locks, a title the company has held up to today.
Resources:
www.rentonlocksmith.net
kwikset.com

Over the years, Kwikset locks have always been differentiated by their quality, innovation and ease of use. Some of the historical dates that has put Kwikset on a world map include in 1958 when the company launched its legendary K key design with bronze finishing and plastic brass coating. In 1964, the company introduced Kwik-See clear packaging that won first place awards in almost every merchandising category. In 1992, the company strengthened its market position further by introducing higher-quality Titan product line for customers that needed high security.

However, it was in 1998 when Kwikset set the industry benchmark for convenience-oriented security products by introducing remote keyless entry handlesets and deadbolts. In 2002, the company came up with a Kwik-Install feature that made installation nearly flawless with pre-installed screws. The company also reorganized its Kwikset locks into Kwikset UltraMax Security, Kwikset Maximum Security and Kwikset Security. In 2007, the company introduced the revolutionary SmartScan biometric-based keyless security technology that utilizes fingerprint scan and completely eliminates the need for a key or a key code.

In 2007, the company also launched its most successful innovation in the Kwikset locks history the SmartKey re-key technology with BumpGuard protection. The innovation allows users to re-key their own locks quickly and easily while maintaining the highest level of security. In 2008, the company launched its next generation keyless entry SmartCode deadbolt with a smaller and sleeker touchpad design. In 2009, the company developed its trademark Home Connect technology that brings a wide-range of customizable access control options by enabling SmartCode touchpad deadbolt to interoperate with security systems and home automation.

In 2010, the company launched its Key Control Deadbolt that features SmartKey re-key technology as a secure and smart alternative to master keying. In 2010, Kwikset also introduced the affordable Balboa lever and Belleview handleset for families both featuring SmartKey re-key technology. The company also expanded its keyless product offering and launched its first-ever cross-country LiveSmart Mobile Tour.

Kwikset Locks Innovation for Better and Secure Homes for Homeowners 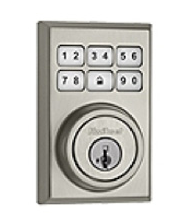 Despite offering high-quality security locks, Kwikset continues to launch products that are designed to make your home safer and trendy through innovations that allow automation to address some of the problems with traditional locks. For example, the amazing Kwikset SmartCode with Home Connect lock makes it possible to access to your lock from any location. You can lock and unlock your doors from anywhere with a tablet, smart phone or any internet connected device. You will also receive notifications when someone enters your home. This makes it possible to monitor people going in and out of your home.

You can also choose to assign a specific code and create a customized schedule that would allow people into your home at specific times. This Kwikset locks innovation is important when expecting different people into your home such as housekeepers and contractors. The remote access feature also helps you solve some of the life’s unplanned moments easily and conveniently by providing temporary access to those who need it.

The latest Kwikset locks innovations for homeowners also help address some of the traditionally worrying situations such as losing keys, lockouts and unsafe ways of hiding keys by designing security products that do not require keys. The key-less entry kwikset locks enables you to enter your home with a few simple button pushes and lock with just one. The SmartCode feature in keyless products enables homeowners to assign temporary codes to people who may need to enter your home and delete when necessary such as servicers.

The lock solutions by Kwikset also makes it possible to fully automate your home. The lock can communicate with your home automation controller or security system to automatically disarm the security system when the door is unlocked and arm the system when the door is locked. The home management feature also makes it possible to customize your home upon entry. For example, lights can turn on automatically to ensure that you do not enter a dark home among other customizations.