Locking Up Tight With A Deadbolt

Home » Blogging » Locking Up Tight With A Deadbolt

Locks are some of the most popular forms of keeping items of importance under safe keeping. There are various reasons why people would want a lock to protect their personal belongings. One of the most common and recognized locks that are around today is the deadbolt. 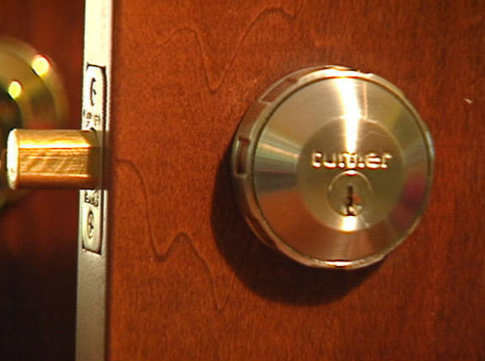 A deadbolt is perhaps one of the greatest used locks that are on the homes of millions of people not only in the United States but in the entire world. Deadbolts come in two different forms, both of which can truly keep trespassers from entering the premises. One form of a deadbolt is with a lock and key. This is a popular form of deadbolt that is sold every day. The deadbolt is installed in the door, typically right above a door knob. The deadbolt will typically call for a hole to be cut out of the door, which may take a professional with the proper tools to complete such a task. Once the deadbolt is installed, the key to unlock the deadbolt is on the outside of the door. The other side of the deadbolt, which is located on the inside of the door, will often have a manual knob that has to be turned to lock the door. If the home owner is outside of the house and locks the door as they are leaving, the deadbolt will turn on the inside of the property and keep the door locked until the lock has been turned again to open.
Resources:
losangeleslocksmithpros.com
homedepot.com
baldwinhardware.com

The other form of the deadbolt is quite similar to this, but there is not a lock on the outside of the deadbolt. The part of the deadbolt that is located on the inside of the property will either have a key to lock the deadbolt, or it will be a manual knob to eject the deadbolt—´ shaft into place in the door jam. Both versions of a deadbolt are commonly seen in many residences as they are an extra form of protection aside from the typical door lock that may be in the door handle or knob. 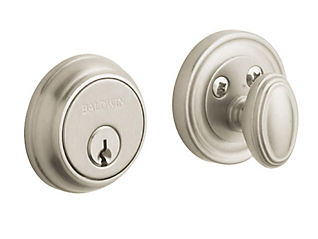 A deadbolt can come in an array of sizes, most of which are the same universal size. This is such so that people that need to replace a deadbolt can do so without having to fit the deadbolt to size in the door. This can save not only ample time, but money, for the homeowner or property owner. Business owners will also often have a deadbolt for extra protection for their store, which will often keep thieves long at bay.

The evolution of the deadbolt has remained pretty much the same over the years. The only thing that has really changed on the deadbolt is the materials and metals that are used in making the deadbolt. Due to the popularity of deadbolts today, the ones that are made out of steel or metal are often higher in price, whereas there are cheaper ones that are manufactured of a less quality. In the end, deciding how much a property is worth is typically the deciding factor for those that are looking to install a deadbolt lock.