Safety Is First With A Rim Lock

Home » Blogging » Safety Is First With A Rim Lock

Locks have taken various forms of shapes and sizes. There are also locks for various reasons, mostly included in the protection of homes Â– more specifically, doors. Although there are various methods of keeping a door locked, a tried and true method of keeping doors locked are with rim locks.

Rim Locks and their uses 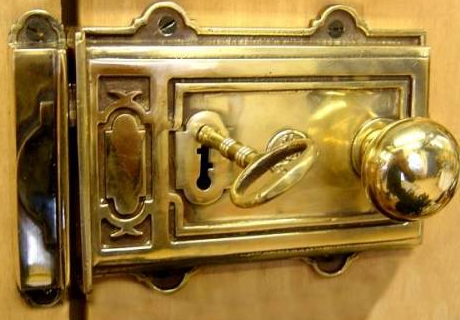 Rim locks are often defined as locks that are mounted to the outside of the door, and can lock via a key that is inserted into the lockÂ’s tumbling mechanism. Rim locks are not as common as they used to be, although they are still sold. Rim locks were popular well over 50 years ago, when crimes were not as prevalent as they are now. At that time, rim locks were used on house and business doors, and were the best way to keep thieves out of the property. Today, many of the rim locks that are purchased are still for security purposes, but more so for decorative purposes.
Resources:
lasvegaslocksmithpros.com
rim-lock.com
baldwinhardware.com

Many rim locks were, and still are, constructed of solid metal plates. These were often quite heavy and were a great deterrent for those that were trying to break in. The rim locks typically could not be opened unless there was the key to unlock the door. Today, many people buy rim locks if they are restoring a home, and want to keep the same authentic look of the original fixtures. Many rim locks are still quite solid in nature, and can be purchased from various outlets. Home improvement stores are a great starting point for rim locks. They will often offer various forms of rim locks, all at different prices and sizes. This is also true of online websites that will sell rim locks. Many consumers will often turn to the internet for their rim lock purchases. There are dealers that are available online that sell antique rim locks, which is great for those that want to replace an original rim lock that may have deteriorated over the years. Although this is typically not the case as old rim locks are s till quite sturdy, there is the occasional rim lock that needs to be replaced from time to time. 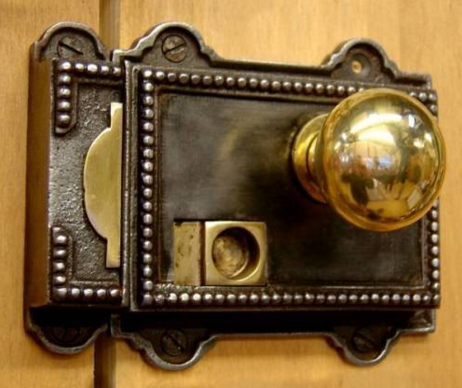 For those that are looking for a vintage look for a lock, a rim lock would be the best purchase. Rim locks are fairly easy to install as long as the proper tools are also used. Rim locks can be a common sight inside of a home for an interior door. This is not only a classy way to have a door lock, but can keep guests and other family members out of secured rooms.

Rim locks still have a popular spot for many interested individuals on the market today. There is no denying that rim locks are not only a sign of yesteryears, but of today as well. Thanks to the affordable prices that are often given to rim locks, people can purchase the rim locks for all of their security measures Â– no matter how big or small.