The Most Expensive Car Keys Ever

Home » Blogging » The Most Expensive Car Keys Ever

Forget about the start buttons. Car keys are turning out to be the most important car accessories; no wonder they have always climbed the price curve. And while they are clearly different, car keys perform the same role—starting car engines. Car enthusiasts, there’s nothing that can deny you the chance to drive your dream cars, not even high prices. It is becoming pretty apparent, however, that most car enthusiasts are shifting their focus to car keys. If you thought a car key going for $50 is overpriced, you are in for a rude shock. Below are some the most expensive car keys ever. Big thanks to the guys at www.queencreeklocksmith.com.

Your Mercedes Benz is presumably your second largest investment after your house, so why not accord it by treating it with Swarovski? While the price of this crystal car key largely depends on the seller, the least price you can get it is $500.

If you are not a car enthusiasts, this car key will seem unreasonably overpriced. However, don’t be surprised that some people will purchase it at a price higher than $500—people are different, and you certainly have to let other people be! This car key is covered with Swarovski crystals, and it comes with two sets of standard keys. What’s more, you have a wide range of colors to choose from, either black, pink or clear crystals.

This key is a product of Horacio Pagani, an Italian supercar manufacturer. If you are thinking of owning this key, then be prepared to part with a whopping $3,700. And that’s not all—the Pagani Huyara car is going for a cool $1.1 million! You can do the math—apparently, you’ll part with a lot of money to own the car.

Pagani Huyari key is designed using the same metal used to design the Pagani Huyari car. It is also incased in a covering resembling the luxurious supercar. The key’s charming nature can get you thinking whether you can purchase the key then the car later, really? Yes, it’s that serious! And to add to the charm, this car is divided into two parts; a part opening to a USB flash disk and the other part containing the embedded car key. 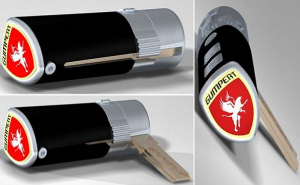 If you hate carrying physical car keys, then this car key is your ultimate choice. It is designed in such a manner that it fits perfectly in your pocket. It is made of one of the finest leathers around, and this has made it one of the most sought after fobs. This key also features some golden parts, a silver paneling, remote control, and it can be folded into two parts. Amazing! If these features are already making you think that this key is way above your limits, your conscience is serving you right. This key cannot fetch anything less than $7000, so you better be prepared.

In this digital age, almost all car companies are producing automatic car keys. However, not all people are willing to go for these keys—some will still stick to traditional keys. They are not naïve; they know what it means to have a traditional car key—blame it on the people’s varying tastes and preferences.

Bejeweled Ferrari key is a simple yet highly customizable key. It has more than 1100 diamonds, weighing approximately 7 carats. If you thought this car key is cheap, you possibly underrated the diamonds used in its making. This key goes for not $5000, $15000, $ 20000, but a cool $23,147! To be honest, this key is ranked among the most expensive car keys in the world. 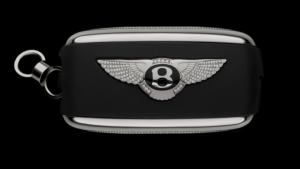 No matter how broke you are right now, you wouldn’t mind driving the pricey Bentley in future. That’s what life is all about—determination. The manufacturers of the Bentley car wanted to give the car lovers yet another reason to love Bentley, so they came up with Bentley Diamond key. As we speak, this car key is now one of the most sought after, thanks to its exclusivity and unique style. This key has more than a hundred diamonds, and it is going for a staggering $7,895.

Living a luxurious life is not easy, and these pricey car keys can prove just that. Even if you cannot afford to purchase these keys, you definitely can afford to marvel at such creative key designs. These keys are amazing, but we are just in the 21st century. Expect more creative designs with improvement in technology.