Hacking Vehicles – Is Smart Keys Really The Way To Go?

In modern vehicles, keys do a lot more than just to unlock and lock doors. Nowadays a signal from an incompatible key-fob may trigger an alarm or even disable the vehicle’s engine altogether. This way, if an individual enters said vehicle without a compatible ignition key, they will not be able to steal the vehicle. For individuals who refuse to go through the hassle of pushing a button each time they wish to open their vehicle’s door, there are several options that are available. Many automotive manufactures are switching the systems they produce to utilize smart keys.
Resources:
AZ Car Keys
wisegeek.org
clonemykey.com

What Are Smart Keys?

Smart keys are essentially a component of a computerized system which uses microchips and sensors to unlock the doors as well as to start a vehicle without the utilization of a key. Smart keys themselves are typically shaped more like plastic cards, as opposed to actual keys. By utilizing a smart key system, all a driver needs to do is to walk up to their car and the vehicle’s door will unlock automatically. Once they person is in the vehicle, all they have to do is to press the ‘Engine Start’ button to get the vehicle moving, without having to physically turn a key. In essence, as long as they have the smart key on them, regardless if it’s in the vehicle or in their purse or pocket, the engine will start. This in itself presents a wide variety of benefits to the consumer such as a higher level of convenience for example. However, the technology that the system consist of presents a variety of dangers that consumers need to be aware of as well. While the benefits of utilizing smart keys and wireless ignition systems are well known, let’s take a look at some of the little known dangers that consumers may not know of.

How Do Smart Keys Work?

In a nutshell, by utilizing radio signals, smart keys send encrypted signals to the vehicles lock and engine components to each other over very short distances. 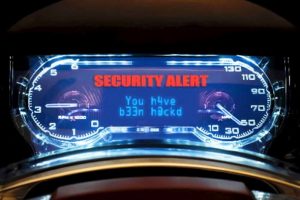 One of the biggest concerns that are associated with smart keys, is the fact that hackers can essentially hack the signal that transpires between the smart key and the wireless ignition system to unlock the vehicle and steal it. A prime example on how this could happen was demonstrated by a research team from the Swiss Federal Institute of Technology. The team conducted a test to target the weakness in common smart key fobs from some of the most well known manufacturers in the industry. During the test, the research team was able to use an antenna to amplify the signals between the smart key and the vehicles unlock mechanism and were able to break into the vehicles. Basically, let’s say that a vehicle would not be unlocked if the smart key was at least within 5 feet of the vehicle, by utilizing two sophisticated piece of hacking devices they were able to amplify that signal to 30 plus feet. What their research demonstrated was that the whole concept of hacking smart keys was practical and feasible.

Could Be Easily Replicated

The research team also noted that the hack could be replicated fairly cheaply, by utilizing devices that cost less than $1,000. They also proclaimed that since all key-less entry systems utilize the same basic design as mentioned before, the same kind of hack that they perpetrated could work on millions of other vehicles as well. However, on the flip side many experts also proclaim that consumers can make it harder for individuals to hack their smart keys by removing the batteries from their key whenever they aren’t using them, as well as to place them inside a case which blocks electronic signals.

However, many security analysts proclaim that while the whole concept of key hacking is not really a big worry right now, it will inevitably become a bigger problem in the future, due to the fact that the thief would be able to get into the vehicle without leaving a sign of forced entry which in itself is very alluring. To make things worse, unless there is a sign of force entry most insurance companies will not cover theft related incidents due to the fact that if they can’t find any evidence of a forced entry, they have no choice but to sum up the incident as just another situation of negligence.